George Was My Beatle
by Samantha Capps Emerson

I am eleven years old and I can sign George Harrison's autograph so well it looks almost like the real thing.

Here's what I remember. I remember being a twenty-year-old kid from a fucked-up suburban family and deciding to go check out the Grateful Dead one day. 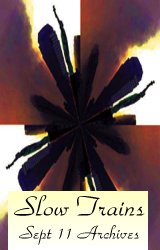