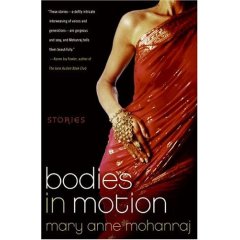 Mary Anne Mohanraj is the author of several books, including Silence and the Word, Torn Shapes of Desire, Aqua Erotica (ed.), Kathryn in the City, and A Taste of Serendib. She founded and served as editor-in-chief from 2000 - 2003 for Strange Horizons, a Hugo-nominated speculative fiction magazine. She currently serves as a referee for Foundation, The International Review of Science Fiction,, and as Director of the Speculative Literature Foundation. Mary Anne has recently received a Neff fellowship in English, a Steffenson-Canon fellowship in the Humanities, and the Scowcroft Prize for Fiction. She lives in Chicago, and her latest book is Bodies in Motion (Harper Collins), an exploration of sexuality, marriage, and Sri Lankan/American immigrant concerns.

If I pretend I've forgotten the truly terrible unicorn poems in sixth grade, then that takes us to college, where a boyfriend introduced me to the Internet in 1991, and I found the newsgroups where people were posting stories, most of which were even more terrible than my unicorn poems. And I thought, "I can do better than that!" And I wrote a story, and posted it, and people liked it and said they wanted more, and they just couldn't shut me up after that.

I should first note that I sometimes go weeks, or even months, without writing at all. It makes me very cranky, and I do that less and less as I get older, but it still happens sometimes. When I am writing, I usually get up around 6, check e-mail, read journals and blogs, have breakfast and try to get to a cafe by 9, where I let myself work on e-mail for another hour. By 10, I have a rule that I have to actually open a writing file -- usually, that's enough to get me writing, and I write for anywhere from two hours to eight hours. Every once in a while I get on a roll and write for even longer, but I try to avoid that, because my hands and arms really start hurting.

I grew up reading science fiction and fantasy, so some of the writers closest to my heart come from that genre. Robin McKinley, Guy Gavriel Kay, Patricia McKillip, Lois McMaster Bujold, Terry Pratchett -- I read their work over and over and over again. For more mainstream authors, I am very fond of Italo Calvino, Salman Rushdie, Vladimir Nabokov, Alice Munro, Amitav Ghosh, Rohinton Mistry. I'm not sure I write like any of them, though. I suppose I aspire to the lyricism of Calvino, and the quiet wisdom of Munro.

I spend a lot of time and energy on the various volunteer groups I work with -- DesiLit, the Speculative Literature Foundation. I've also been deeply involved with running magazines in the past -- Strange Horizons, Clean Sheets. I get tremendous satisfaction out of helping to create useful non-profit ventures that serve the community of writers and readers. I am also more passionate than I perhaps want to admit about my partner, Kevin. I don't know what I'd do without him. When the writing is driving me crazy, he makes me sane again.

I'm afraid I'm incredibly lazy about seeking out new music, so I'm mostly still listening to what I listened to in high school -- lots of folk music, and musicals. Most of that is great fun to sing along to, but not so good for writing, since the words are distracting. I've recently been writing a lot to Clannad's Anam, and the soundtrack to Crouching Tiger, Hidden Dragon. The first is mellow, the second dramatic. Between them, they work well as background to a lot of writing moods.

I almost never have time for it (except for writing-related travel), but I love going out to the woods. Walking under tall leafy trees when the sun is shafting down, or on a quietly drizzly day, is incredibly peaceful. If a few miles out, the forest path ends at a small crystal lake at the foot of the mountains, where you can float for hours undisturbed -- well, it's hard dragging yourself back to civilization. If it weren't for the batteries on my laptop giving out...

Most of my stories come out of problems, trying to figure out how people deal with the messes they get themselves into, often with the best of intentions. It's particularly difficult when two (or more) people who care about each other need different things, and are having a hard time navigating those needs. In some ways I'm a pretty intellectual writer; I tend to think things out, at least part way, before I start writing.

Well, the Internet is clearly my biggest vice, but also a big virtue. It's incredibly dangerous as a procrastination device, but super-useful as a promotional tool, as well as introducing me to tons of cool people, many of whom become good friends. But only making strict little rules about when I'm allowed to use it has kept it from sucking up my entire life. At least I think it hasn't, yet.

Love. Pretty much just love. Right now, everything I write seems to come down to that, in one form or another.

I'm finishing my first novel now, due in August. When that's done, I plan to work on a nonfiction book, a combination of travelogue and memoir, that attempts to trace the connection between arranged marriage and nationalism. No, I can't tell you what that connection is yet. I'm pretty sure I need to write the book first to find out. 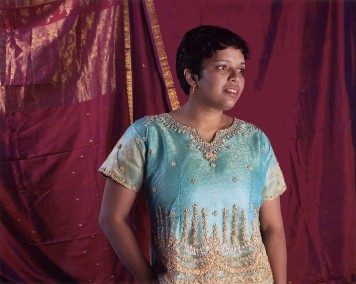