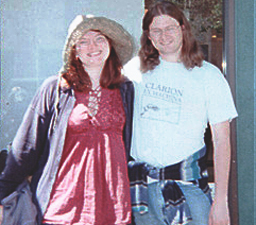 Heather Shaw and Tim Pratt live together in Oakland, California, where they spend many of their free hours writing, talking about writing, and arguing over where is the best place to write. Tim works for Locus and edits Star*Line, Heather is the book buyer for Blowfish (the erotica catalog, not the sushi restaurant), and refuses to edit anything anymore.

The Ever After Book Shoppe is available as part of Heather & Tim's chapbook,Living Together in Mythic Times.